This post looks at the University of Cambridge Museums’ (UK) nursery in residence project which was run in October 2017 as part of a partnership between a Cambridge City Nursery, the Fitzwilliam Museum and Cambridge University Botanic Garden. As part of the project, children from the nursery spent five consecutive mornings ‘in residence’ at the museums. This post features an interview with Nicky Wallis, Museum Educator at the Fitzwilliam Museum, who shares some of the key ideas and results from the project. 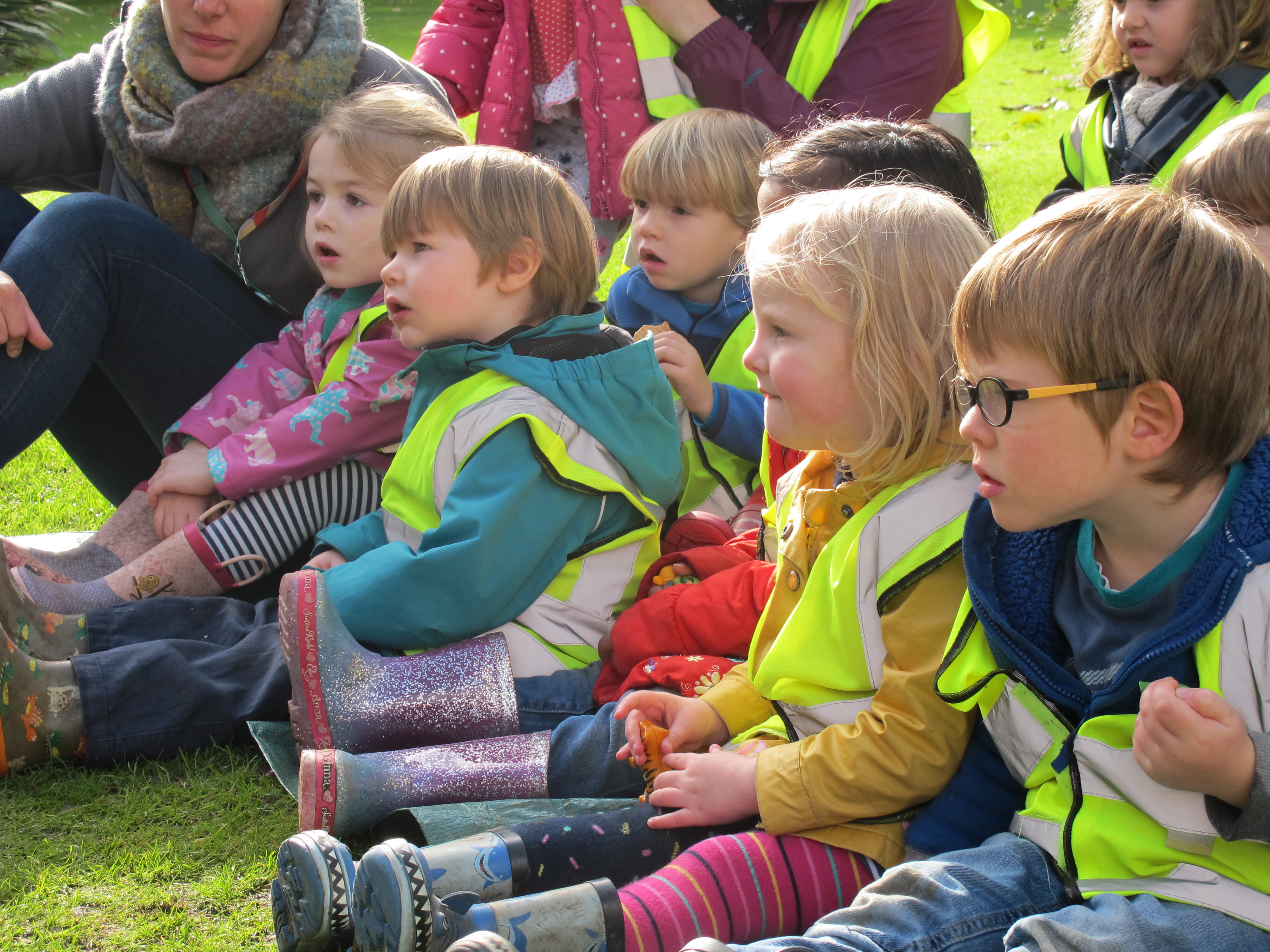 Louisa Penfold: Can you tell us a little bit about how the partnership come about between the Fitzwilliam Museum, the Cambridge University Botanic Garden and the Cambridge City Nursery?

Nicky Wallis: Educators at the Fitzwilliam Museum have worked with groups from ACE Nursery in the past, and also with the Learning Team at the Botanic Garden on a number of projects, including Early Years activities. These had generally been one-off events which we planned and delivered together, but which offered little time for shared learning or reflection.

After attending the ‘My Primary School is at the Museum’ Forum in early 2017 (report on the event available here), the Fitzwilliam and Botanic Garden Educators felt inspired to try out a similar project in Cambridge. Having listened to participants from the three partnerships in this initial project, we felt that the flexibility afforded by the Early Years Foundation Stage was a natural match for this approach. We invited ACE Nursery to collaborate with us on the project as they are relatively local to both the museum and garden, and our pre-existing professional relationship with them gave us all the confidence to work together on something new.

What especially appealed to us about these longer residencies was the potential for a deeper kind of collaboration in which power and control of the outcomes and new knowledge produced was more evenly distributed among all those involved. This was not a case of us as museum or garden educators coming up with an idea and looking for a group of  children to act as guinea pigs to try it out!

Instead, we wanted an opportunity to spend an extended period of time with children and educators from different fields learning alongside each other: observing and reflecting rather than just ‘delivering’. 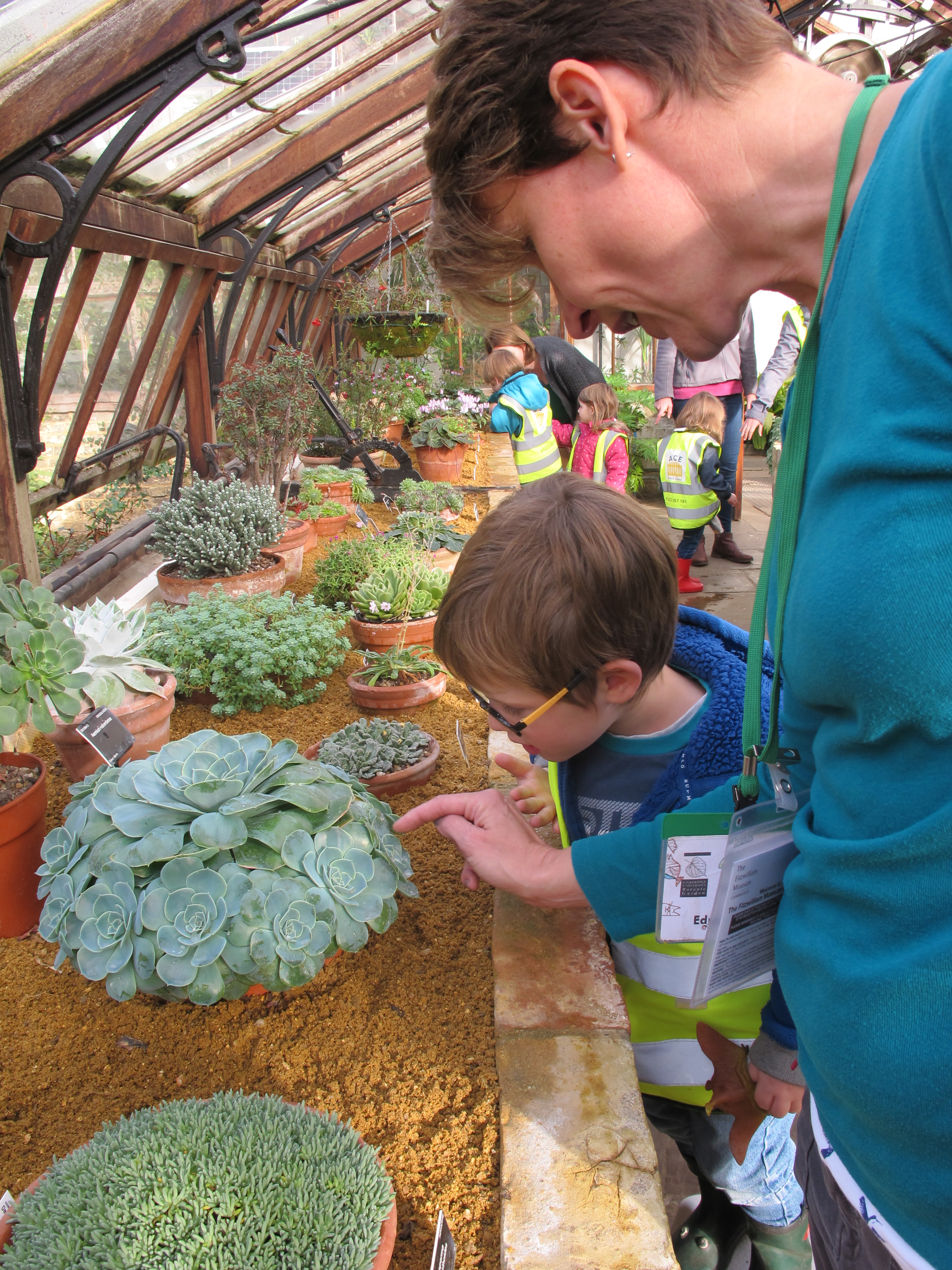 LP: What did the collaborative research project aim to explore? Were there any particular education theories drawn on to investigate these aims?

NW: Having practitioners taking part in the project from a range of disciplines was very intriguing, and initial discussions explored the different uses of language and theoretical backgrounds that inform our teaching. In particular we remarked that careful and reflective observation is a shared aspiration of Early Years Pedagogy, Plant Science and Art. Equally, accurate documentation, often using a combination of words and images, featured in all three domains.

In order to build on the shared understandings we were able to bring to our collaboration, and to ensure the project would bring benefit to all those involved, we developed two key questions:

Our research was based on a social constructivist model of learning, which understands knowledge as constructed through interaction, but we took a very broad view of what these interactions might be: physical and emotional interactions as well as verbal ones, and involving objects and spaces as well as people.

Our methodology was practitioner-led action research, but with a particular emphasis on collaboration and participation. 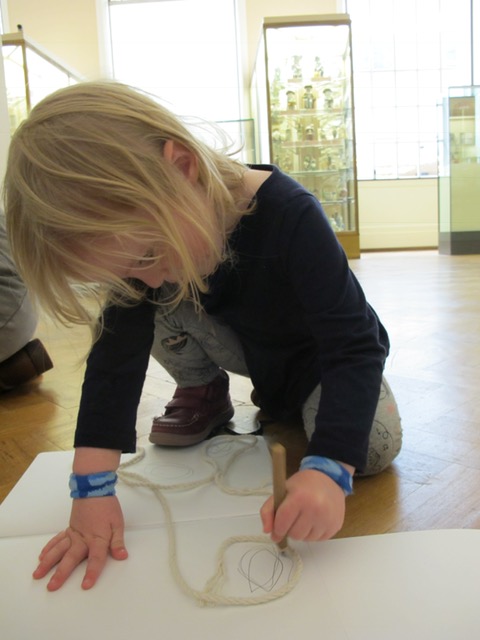 LP: What were the key results from the project?

NW: We produced two separate but interrelated sets of results based on our two research questions. In terms of young children’s meaning making in the museum and garden, we found that:

With regard to extending and developing professional practice, we found that:

LP: Looking forward, how do you think these results may be explored by educators and museum professionals in the future?

NW: We hope that the learning from our project will have an impact in a range of ways. Initially there are small ways that we can adapt our own practice: incorporating the use of transitional objects such as toys from home or sketchbooks/journals in our work with young visitors, for example.

Examples of children’s meaning-making from this period of very intense observation of a small group will also inform the way we work with colleagues and student educators in the future, strengthening our case that young children have an active role to play in our cultural spaces. This is how we hope to build a legacy as we share our work with training and serving teachers and Early Years professionals.

In the longer term, and looking more widely, we hope that this work will be useful to others as an example of participatory practitioners-led research in informal learning environments such as museums and gardens.

We know there is a lot of expertise and creative practice in this field. We hope to enter into conversations among the research community with regard to how young children experience museums.

My Primary School is at the Museum website also contains lovely resources and information on the schools-in-residence research project.

A visit to the Children’s Wing at the Louisiana Museum of Modern Art, Denmark